This summer, the National Council of Churches in Korea journeyed across Europe on a Peace Campaign. Starting from June 25th through July 7th, 23 delegates from NCCK traveled together to speak about a peace treaty ending the Korean War and reconciling the Korean peninsula. We strongly believe that world peace can begin with peace in Korea.

It was an amazing experience to be a part of this group for two weeks and to see the support from international partners, new and long-established. Living in Korea it has been easy for me to know the importance of reunification and peace in the peninsula and by working with NCCK that awareness is doubled. Once leaving Korea, I imagined other countries would not be as concerned. I’m glad I was wrong. Between the rising tensions between the U.S. administration and North Korea and the new President in South Korea and the deployment of THAAD, politically the environment is charged.The world is engaged with the future of the Korean peninsula, and I am honored to be a witness to NCCK’s voice leading, in many ways, the conversation toward peace. 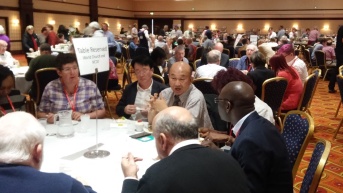 NCCK was invited by the Council of World Mission to share about the Peace Campaign at the Methodist Church in Britain’s General Conference. Dr. Lee Moonsook presented on women’s involvement in the peace movement noting the significant events women have led on the border of North and South Korea. She also spoke on the difference between “peacekeeping”, the action of keeping the current structures in place, and “peacemaking”, the action of creating change and new spaces for peace to exist. She urged everyone to be peacemakers. The NCCK delegates heard the stories of pain and struggle from Mexico and Rwanda.  Fr. Kim Hyun Ho and Rev. Jeong Song Si led the evening prayer service with the theme “Let The Walls Come Tumbling Down”.

NCCK met with The Reverend Dr. Lord Leslie Griffiths at the House of Lords in London and had the opportunity to share about the issues that threaten peace on the Korean peninsula. Dr. Noh Jongsun shared his personal struggles during the Korean War after being separated from his family living in the North. He stresses that technically the Korean peninsula is still at war as the Korean War-engaged states have not signed a peace treaty. He concluded that the peace treaty is an absolute “No” to another war in the Korean peninsula and at the same time a cornerstone for a permanent peace system in Korea. Lord Griffiths expressed a great interest in supporting NCCK’s peace efforts saying perhaps instead of waiting for several others to support the peace movement he should “listen to the lone voice in the wilderness” and support NCCK in their work toward peace. He also expressed his willingness to release an official statement supporting peace in Korea.

NCCK participated in a moving service at the Korean War Memorial in Linlithgow, Scotland. Dr. Lee Unsunn led the service together with Rev. Scott Marshall praying for the lives that were affected by the Korean War. The Korean War veterans who served in the war from Scotland attended the service dressed in their uniforms along with the Mayer and the lord-lieutenant of West Lothian. NCCK planted a tree with a plaque reading, “This tree is planted in hope for healing and reconciliation; for all who died and were wounded, and for all who continue to suffer because of division on the Korean peninsula.” 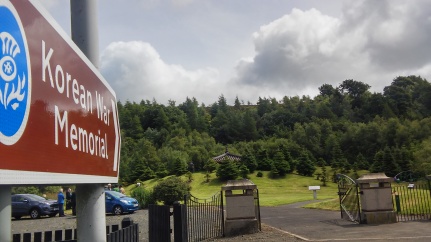 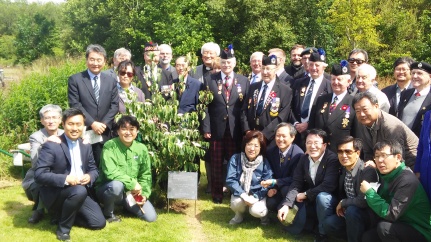 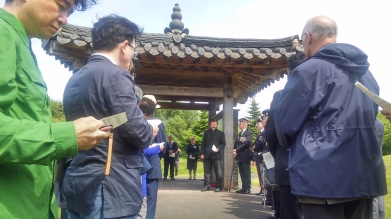 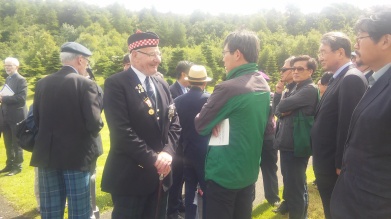 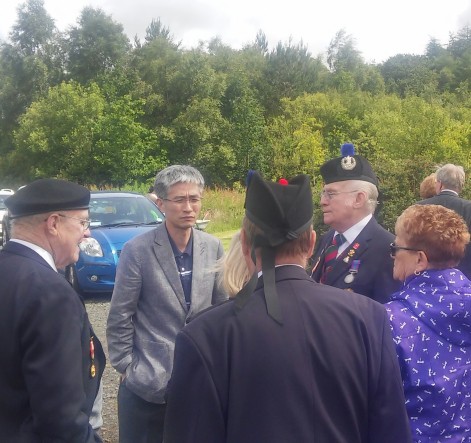 NCCK had a deep discussion session with leaders of the  Church of Scotland at the Murrayfield Parish Church Hall at Edinburgh. NCCK presented on the history of peace efforts in Korea and the crucial importance of working toward a peace treaty in the Korean peninsula. At this time, more than ever, peace is necessary and possible with South Korea’s new president. Following the presentation there was an open discussion on how might the stories of pain and suffering of the divided people in the Korean peninsula be shared with the constituency of the Church of Scotland. 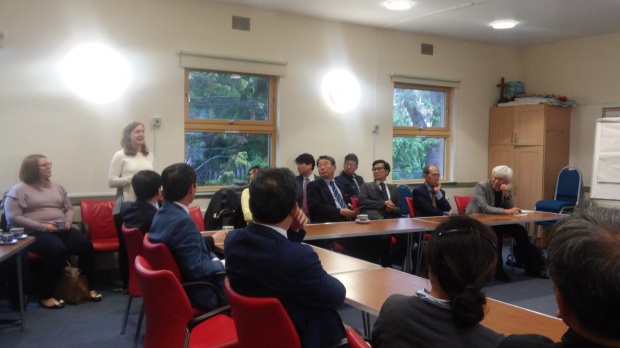 Meeting with Church of Scotland 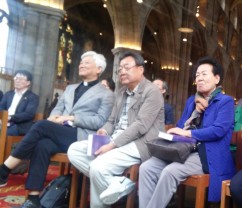 A full-day conference on the Korea peace treaty was organized by the Evangelical Church in Germany (EKD). Rev. Jeon Yong Ho and Dr. Yi Kiho spoke about the reunification movement of the Korean churches in general and the peace treaty campaign in particular. The EKD shared the stories about the division Germany experienced when the East was separated from the West. The conference participants were divided into four groups and shared their views and stories of how the two counties can learn from each other on the journey towards peace and justice. Rev. Reinhard Kiersten, an EKD minister reflected on German reunification and stressed that “reunification is a must, taking into consideration of the division cost and the threat of war.” The German delegation also spelled out that securing the social welfare system and improving human rights are substantial to the process towards reunification.

Please read about the second half of our European Peace Campaign in part two!

View all posts by T Manns